Harbour Grace Group is a collection of companies owned and managed by its Founder and Chief Executive Officer, Ms. Kyle MacDonald. The company is headquartered in London, Ontario and is active in several industries, including real estate, publishing, entertainment, and manufacturing. 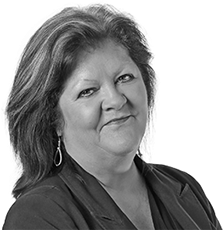 Kyle MacDonald is a respected and successful business executive and was awarded Canada’s RBC Woman Entrepreneur of the Year Award on two occasions;  in 2006 for excellence in developing International Exports and again in 2014 for achieving world-class Momentum of growth and success for her technology company.   She is the visionary and dynamic Founder of Phoenix Interactive Design Inc., and managed Phoenix as its CEO until the company was successfully sold to Diebold Inc., a large, US public company,
in March 2015.

Kyle grew Phoenix from 2 initial employees in 1987 into the Financial Services Industry’s premiere supplier of self-service software solutions, by building a world-class team of people with talent and can-do attitudes that delighted Banks around the globe.  She was responsible for Phoenix’s international success with offices in Sydney, Australia, Charlotte, North Carolina, and Edinburgh, Scotland.   She has earned respect and admiration from her team, her peers, and her competitors as a true industry visionary.

Kyle is a graduate of the IVEY School of Business at the University of Western Ontario.